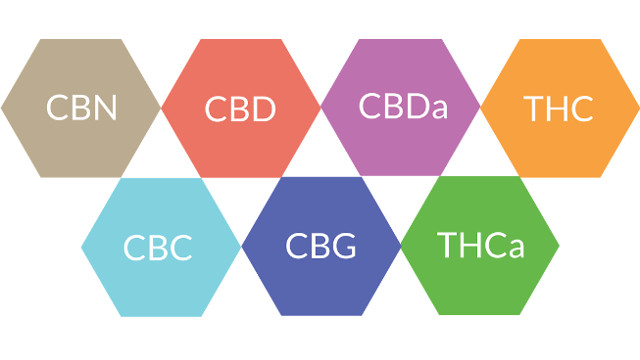 There are over 400 natural compounds in medical marijuana and, of these, eighty are only found in cannabis plants. These eighty compounds are specifically known as cannabinoids. Cannabinoids relieve symptoms of illness by attaching to receptors in the brain that look for similar compounds that occur in the human body, like dopamine.

There are five major cannainoids with some variants in medical marijuana that are particularly effective for relieving symptoms of illness, and each one produces different physiological and psychological effects. This is one of the main reasons why certain strains of medical marijuana are bred to have different amounts of each cannabinoid and are recommended for different conditions. 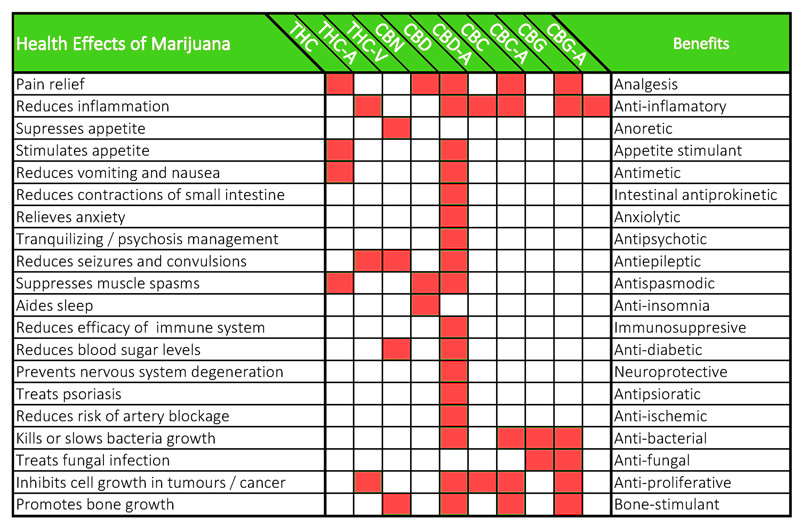 What is THC and its effects?

THC stands for delta-9-teetrahydrocannabinol. It is probably the best known cannabinoid present in medical and recreational marijuana. Physically it acts as a muscle relaxant and anti-inflammatory and psychologically it acts as a stimulant. This makes medical marijuana strains high in THC a good choice for patients who need relief while also to remain alert and active.

THC in medical marijuana acts in the following ways:

What is CBD and its effects?

CBD stands for cannabidiol and it actually reduces the psycholigal effects of medical marijuana. For most patients, a strain that has high THC and high cannabidiol will not have a great psychological impact but the physical ones are more. Medical marijuana strains high in cannabidiol, like Blueberry and Harlequin, are especially effective for illnesses with strong physical symptoms.

What CBN is and its effects?

CBN stands for cannabinol, not to be confused with Cannabidiol. Cannabinol is very similar to THC, but it has less psychological effects. It is produces as THC breaks down within the medical marijuana plant. High THC will make cannabinol’s effects stronger, and very high cannabinol concentrations can produce undesirable strong head highs.

Strains like Strawberry Haze and Blue Rhino, which can be particularly helpful for:

What is CBD and its effects?

Cannabichromene working together with THC is known to be a:

What is CBG and its effects?

CBG is an abbreviation for cannabigerol. It has no psychological effects on its own, and is not usually found in high amounts in most medical marijuana. Scientists believe that cannabigerol is actually one of the oldest forms of cannabinoids, meaning it works in conjunction with the rest of the cannabinoids. It also have anti-microbial properties. CBG has physical effects such as: