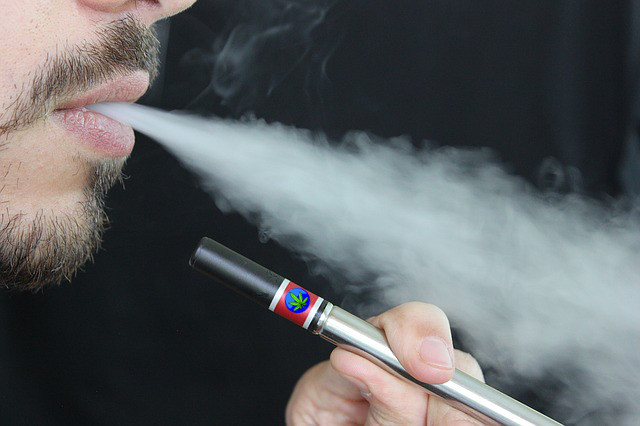 Vaporizing medical marijuana is not even close to vaping liquid of your e-cigarettes. The process heats dried cannabis to a temperatures just below its combustion point of 400ºF. Although vaporizers have been around for quite some time, it has only found traction in the last 5 to 10 years that the benefits of vaporization have become widely known.

Proper cannabis use has noticeable benefits. In fact, all of the health issues and problems associated with potentially harmful smoke can be avoided. If the herb is slowly heated below its combustion temperature, you get all the desired cannabinoids without igniting the material. This is what a vaporizer does.

Accordingly, a variety of devices have flooded the market, especially within the past 2 years. In fact, today there are numerous products to help facilitate this process including pen vaporizers, portable vaporizers, and stationary vaporizers. Despite the wide selection, all vaporizers consists of two things: a heating source and a delivery system. Here we will look at the different types of vaporizers, heating sources, delivery systems and which patients prefer from a wellness perspective.

Pen vaporizers are essentially small vaporizers shaped like a pen or e-cig. They are typically discreet, easy to use, and a lot cheaper than the more robust portable or stationary vaporizers. Vape pens almost always use conduction heating, making it important that you understand how to operate it to ensure your product doesn’t get overheated or even burned. There are a large number of vape pens out there.

Portable vaporizers are growing in popularity as vape technology continues to advance. It is a slightly larger than a vape pen, but it can be used on the go. If you travel a lot or want to medicate wherever you are, a portable vaporizer might just be the thing. Most of them uses convection heating but there are a few others. The majority of them are rechargeable but there are the occasional butane one lying around somewhere.

Stationary vaporizers are the “stay at home” vaporizers that typically needs to be plugged for it to work. Although they aren’t portable, desktop vapes generally deliver much higher quality vapor through a convection heating source and offer many more features. For instance, you get balloon attachments that are exclusive to stationary vapes. Also, stationary vaporizers sometimes allow for group vape sessions, as opposed to vaping solo all the time. They typically come fitted with larger bowls and more robust heating systems that make vaporizing herbs a trouble-free and fulfilling experience.

Whips are generally made of silicone piping and are around three feet long. One end of the whip is a mouthpiece, while the other is a glass connection that holds your herbs and slides over or into the heating element. The end that holds the herb is typically referred to as a “wand” and contains a screen to ensure no material is drawn through the hose and into your mouth.

Bag style vaporizers make use of food grade plastic. The bags can attach and detach from the unit using a valve that prevents vapor loss. A mouthpiece is inserted into the valve when the bag is detached from the unit, allowing the bag to pass between two or more users.

Conduction heating works by utilizing direct contact of the herb with an electrically heated surface, often times solid metal or a screen. A common problem with vaporizers like this is burning of the herb due to poor heat distribution. It is very difficult to regulate the temperature with vaporizers that use conduction. Included in this category are e-cigarettes, vaporizer pens, and a majority of portable vaporizers currently on the market.

Convection heating, on the other hand, works by passing precisely heated air over the dried herb, vaporizing the material more evenly and efficiently. This makes convection heating the preferred choice for many patients looking to get the most of their vaporization experience. The herb never comes in touch with the heating element, instead air is either forced by a fan, or through inhalation, over the herbs and through the delivery system. Heating elements for convection vaporizers are typically made out of ceramic, though some are made out of stainless steel or other types of metal. Ceramic heating elements retain heat extremely well and are unaffected by cool air drawn through the system.

Vaporizers designed to heat cannabis in its raw form are known as dry herb vaporizers. Dry herbs of all sorts have been used for centuries for meditation, relaxation and medicinal purposes. Certain flowers and herbs can be dried, crushed and then inserted into a dry herb vaporizer. The vaporizer’s oven chamber will heat up the dry herbs to a selected temperature,releasing vapor for you to inhale. To get the most out of your vaping experience, use a herb grinder to grind your material quite finely to create more surface area for the heat to reach.

Waxes, shatters, crumbles, and oils are all concentrated forms of cannabinoids and terpenes referred to as cannabis concentrates. Due to these products being a concentrated mix, you have the benefit of only needed a very small amount to get the same effect as you would with larger amounts of dry herb. If you are looking to vape concentrates you will need a vaporizer that is compatible of doing so as not all vaporizers have this functionality. Many vaporizer manufacturers now offer special attachments to convert standard ovens to be compatible with concentrates but it often costs a bit extra.

Studies have found that the sweet spot fir vaporizing cannabis is around 338ºF, even though cannabinoids begin to vaporize at 285ºF. At this temperature, the active cannabinoids in cannabis are converted to a vapor that can be inhaled as opposed to a joint burning at 2000ºF or higher.

While the exact amount of components released depends on the compounds present and the temperature, it doesn’t contain any of the toxic bi-products of smoking plant matter in the vapor. The vapor you inhale will have a higher percentage of desired cannabinoid/terpenoid content when compared to smoke.

Many vaporizers typically feature a digital temperature control that allows you to alter the ratio of active components you’re vaping. When you ignite cannabis with a lighter, you are releasing all the cannabinoids at once, often destroying desirable cannabinoids and terpenes that give cannabis its unique flavor, smell, and effects. Since terpenoids have the lowest boiling pint, around 132ºF, they are typically the first compounds to be released. If you are looking for a tasty, aromatic hit, start with the lowest available temperature setting and slowly work your way up to 350ºF to finish off your material. As you approach the boiling points of other compounds, you are increasing the quantity of the compounds that are vaporized.

How to qualify for medical marijuana in New Jersey

US Attorney General Says Cannabis is not a Gateway Drug