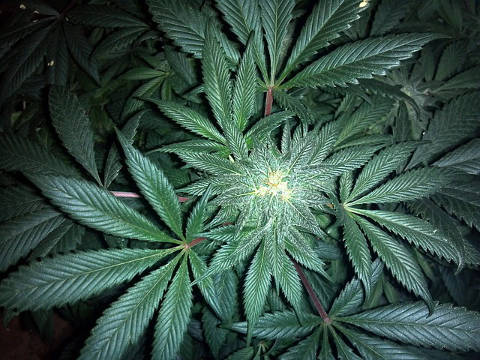 Legislation to permit the use of medical marijuana in Pennsylvania is scheduled for a House vote this week, after months on the back burner.

Medical marijuana bills were approved by the Senate in September 2014 and again in May 2015, and Gov. Tom Wolf supports allowing the treatment. The legislation, however, which would established a highly regulated industry and which faced opposition from some House Republican Leaders, did not go that smoothly through the House. The chamber held hearings and convened a task force to study the issue.

House Republican spokesman Steve Miskin said the House is scheduled to consider amendments to the bill today and then take a final vote Tuesday or possibly on Wednesday. A bill amended by the House would have to return to the Senate for its approval.

Mr. Miskin Said that more than 200 amendments have been filed to the Senate bill, with a comprehensive amendment from Rep. Rom Masico, R-Dauphin and chairman of the House Judiciary Committee, potentially having the support from Republicans and Democrats.

The proposal would establish a program to make marijuana available to patients who have one of a list of conditions, including cancer, epilepsy, PTSD (Post Traumatic Stress Disorder), HIV and AIDS, MS (Multiple Sclerosis) and other illnesses. In order to obtain marijuana, patients would need a certification from a doctor.

Patients could receive marijuana in a pill, oil or through vaporization, among other forms. Smoking would not be allowed, and dispensaries would not be permitted to sell edibles that contain marijuana, though patients could incorporate marijuana into food. It would establish rules for growers and dispensaries, as well as an advisory board to oversee the state’s handling of medical marijuana.

Growers and processors would be required to pay a tax of 5% of receipts of their sales of medical marijuana to dispensaries. The money would be spent as follows:

Spokesman for House Democrats, Bill Patton, said he expects the House will pass a medical marijuana bill.
“It’s a nice whole whose time has come,” he said.

Advocates for medical marijuana have been a presence at the state Capitol as the legislation has gone its way through the General Assembly. A resident of Connellsville in Fayette County, Julie Michaels, estimated she has made between 15 to 20 trips to Harrisburg to advocate for medical marijuana. Michaels believes the treatment might help her 6 year old daughter, Sydney, who has Dravet syndrome, an intractable form of epilepsy. She said marijuana has helped children with Sydney’s symptoms have fewer seizures.

Gov. Tom Wolf, on Friday urged the House and Senate to pass a bill. In May 2015 he hosted supporters of medical marijuana at the official Harrisburg governor’s residence.

“I support the legalization of medical marijuana so we can finally provide much needed relief to families and children,” Wolf said in a statement. “it is time to legalize medical marijuana because we should not deny doctor-recommended treatment that could help people suffering from seizures or cancer patients affected by chemotherapy.”

The National Conference of State Legislatures says that 23 states, as well as the District of Columbia and Guam, allow for comprehensive public medical marijuana programs, while 17 states allow some use of marijuana products that are low in THC, the main psychoactive compound.