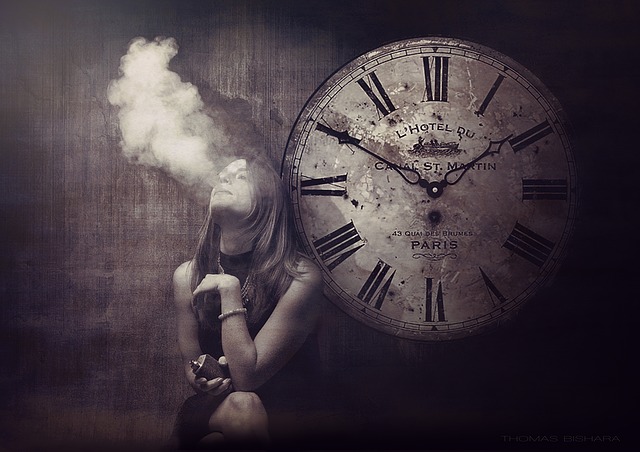 A study has revealed that vaporizing cannabis can decrease a pot smoker’s chance of developing a dependence on nicotine and tobacco. The study was published in the Addiction journal late last year. Cannabis users who are choosing to vaporize their cannabis, over smoking it, may find themselves less likely to pick up a cigarette habit.

To vaporize cannabis, you will need to heat the flower or concentrate between 250ºF (121ºC) and 400ºF (204ºC). Heating cannabis too much will result in combustion. Once cannabis is ignited, it releases compounds like benzene that have been linked to cancer and tar deposits in the throat and lungs.

By vaporizing cannabis, you are reducing the harms associated with smoke while still receiving many of the medical benefits. Despite this, only 8% out of 30,000+ who were surveyed reported using vaporizers. Vaporizing is currently the best way to prevent harms from cannabis use.

The study made several observations that may shed light on how vaporizing cannabis is leading to a decrease in nicotine dependency.

When you roll a marijuana join but add tobacco to the mix. Regular cannabis smokers are more susceptible to nicotine dependency because of how common it is to mix cannabis with tobacco. In Europe, for example, the spliff is the most common way cannabis is consumed.

According to a different study, published in the same journal in 2005, regular cannabis use increased the likeliness of people 24 or older to become dependent on tobacco more than threefold.

The study concluded that: “Weekly or more cannabis use during the teens and young adulthood is associated with an increased risk of late initiation of tobacco use and progression to nicotine dependence.”

It’s worth nothing that vaporization was not an option for cannabis user when this study was conducted.

The 2015 study found that out of 96 people only two reported ever having combined tobacco and cannabis in their vaporizers. The researchers believe that the use of vaporizers may lead to a disconnection between marijuana and tobacco use.

Once tobacco dependence sets it, it’s a whole mission to overcome it. The best way to battle that addiction is by never allowing it to arise. If cannabis vaporization leads to a decrease in tobacco dependency, it would be a better choice. Cigarette smoking is currently the second largest killer in the United States.

Many doctors don’t recommend marijuana to their patients. This may be due to the fact that they know it could lead to a higher risk of nicotine or tobacco dependency. Medical marijuana use is spreading across the United States. Additionally, vaping could reduce the possibility of nicotine and tobacco dependence. Some of the dangers of combustion smoking would also be mitigated.

Nations that had the highest rate of vaporizer usage were found to be least likely to combine tobacco and marijuana. This combination seems to make individuals more likely to develop a dependency to tobacco. Therefore, anything that will lead to a disconnect between pot and cigarettes is worth looking into. The researchers from the study are calling for more research on vaping.