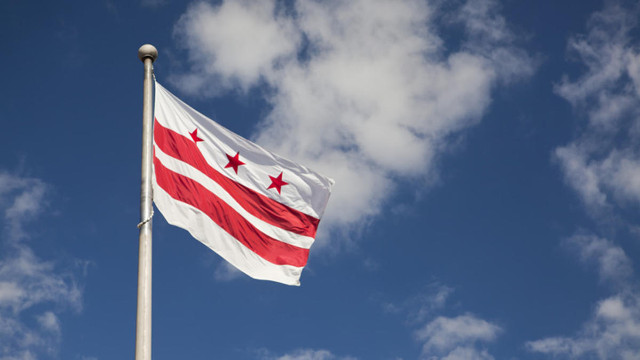 The District of Columbia’s medical marijuana laws were signed into place in 2010. The District’s Department of Health is in charge of the Washington D.C. Medical Marijuana Program. Similar to California’s medical marijuana program, it isn’t too hard for patients to obtain medical cannabis in D.C. This explains the rising number of patients registering with the program every month.

D.C. residents have been supportive of medical marijuana for quite some time. In 1998 voters passed a ballot initiative that would have created a medical cannabis program for the district. Republican-led efforts, however, prevented the law from going into effect until the ban was lifted in 2009. The city’s first dispensaries opened in 2013.

The program began with a very strict qualifying conditions list that kept the programs enrollment number low. In January of 2015, the program was vastly expanded to allow patients with various debilitating conditions to use medical cannabis. Since these loosened restrictions in the district’s medical marijuana, industry has been booming.

How do get Medical Marijuana in Washington D.C.?

You must be one of DC’s qualifying medical cannabis patients. All qualifying patients have the right to receive and use weed for medical purposes. Patients will first need to receive a signed written recommendation from their primary physician stating the use of pot is medically necessary or the patient’s treatment of a debilitating medical condition.

What Conditions Qualify for Medical Marijuana in D.C.?

Where Can I Find a Medical Marijuana Doctor in D.C.?

Are There Any Dispensaries in Washington D.C.?

Dispensaries became operational in DC about three years ago.. There are currently five open dispensaries. Dispensaries in DC are allowed to grow up to 500 plants on site. Both non-profit and for-profit organizations can open up dispensaries in Washington D.C. Some states also have delivery services, which the District of Columbia still has to obtain.

What Can Patients Find at a Washington D.C. Dispensary?

Medical marijuana is available in all of its forms at D.C. dispensaries. There are marijuana flowers, concentrates, edibles, drinks and even topical creams available to DC patients.

Are D.C. Patients Protected From Discrimination?

Patients carrying two ounces or less cannot be prosecuted by state law enforcement. Government employees can still be fired for using medical cannabis because it is still considered federally illegal. Workers may be terminated for being under the influence of medical marijuana at work. Medical marijuana employees rights in DC and many other states are currently in a gray area.

More dispensaries are expected to open shortly. The employee’s rights laws need to be updated to match the district’s current stance on medical cannabis.

How to Qualify for Medical Marijuana in California