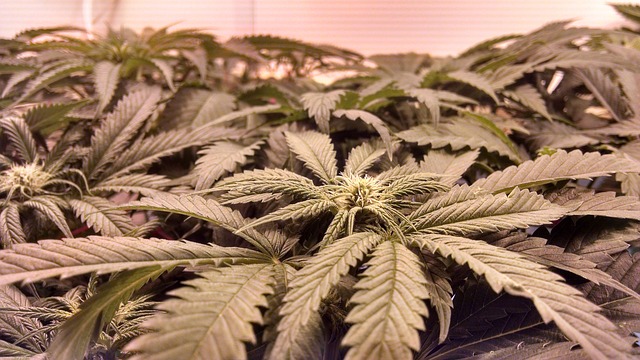 By a margin of just three votes, senators approved legalizing medical marijuana, however, smoking and growing marijuana at home is still prohibited. The close vote showed how divided Ohio lawmakers remain on the plant, even if it is strictly for medical purposes. But in the end, a majority wanted control over the state’s medical marijuana operation, hoping to slow down a group pushing a constitutional amendment.

If Kasich signs the bill, Ohio would become the 25th state to legalize medical marijuana. Kasich hasn’t said whether he’ll support this plan but has expressed interest in passing some sort of bill related to medical marijuana, especially targeting children suffering from epilepsy.

All Wednesday, lawmakers were counting votes to see if the if the bill would pass the Senate. “All I can do is my best to keep drugs out of the Ohio Constitution,” Sen. Dave Burke, R-Marysville, told The Enquirer Wednesday morning. He and Sen. Kenny Yuko, D-Richmond Heights, held town hall meetings across the state to listen to residents’ concerns about medical marijuana.

The watched as the bill barely passed committee Wednesday morning, 7-5. Four Republicans and Cleveland-area Democrat Sen. Michael Skindell opposed the bill. Sen. Edna Brown, D-Toledo, tried to remove a passage that would allow employers to fire employees who might  test positive for marijuana and prohibit them from drawing unemployment benefits, even if they use it for medical purposes – a safeguard for some Democrats. But her request was quickly rejected.

Earlier in the month, House legislators passed the medical marijuana plan by a comparatively wide margin, 71-26. Still, some Democrats, including Rep. Alicia Reece, D-Roselawn, voted against the plan because of the provisions allowing employees to be fired for marijuana use.

The threat of a constitutional amendment on medical marijuana loomed over lawmakers. Two groups are working toward qualifying for the November ballot. The leading effort, backed by Ohioans for Medical Marijuana with support from the Marijuana Policy Project, a legalization giant, would allow people to grow marijuana and smoke it. The constitutional amendment would allow 15 large marijuana operations and numerous smaller farms across the state. It is unclear how many cultivators would be allowed under the lawmakers plan.

“Our constitutional amendment builds on the legislature’s work by incorporating national best practices and offers voters an opportunity to enact a law free of the horse-trading inherent in the legislative process,” spokesman Aaron Marshall said in a statement. “Our amendment also protects the rights of patients in the Ohio Constitution, not leaving this important issue vulnerable to the reach of special interests.”

Marshall’s group and Athens-based Grassroots Ohio have until July 6 to collect the more than 305,000 signatures needed to put their proposals before voters.

What’s not in the plan?