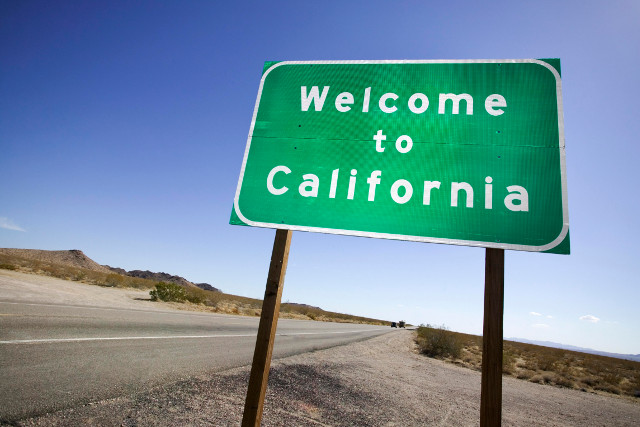 Estimating that two-thirds of the medical marijuana stores in California have failed to pay sales taxes, state officials on Tuesday took a stick-and-carrot approach tp persuade pot shops to pay the $106 million owed.

With the state preparing to license medical marijuana shops in 2018, the Assembly sent Gov. Jerry Brown a bill Tuesday that would establish a tax amnesty program to help bring scofflawa into complaince with the law.

The measure would allow medical cannabis sellers to temporarily avoid a penalty of 25% to 50% on late taxes but would block the issuance of new state licenses to continuing violaters.

Assemblyman Mike Gipson (D-Carson), who introduced the bill, said many medical cannabis shops have not registered with the state and pain taxes for fear of criminal prosecution because marijuana remains an illegal substance under federal law.

“You have a lot of business that would like to come out of the shadpws and do the right thing,” Gipson said.

Voters legalized the medical use of marijuana in California two decades ago; the state has some 2,500 dispensaries.

Getting businesses to comply with tax laws is also important because a measure on the November ballot in California would legalize the recreational use of marijuana, potentially resulting in many more businesses opening to sell cannabis.

But the main development that led to the amnesty proposal is a new regulatory scheme approved last year for the state to issue licenses to medical cannabis dispensaries starting in 2018.

“Now that California has officially taken steps to establish a regulatory framework for cannabis, we have an opportunity to engage these businesses to ensure they pay their dues,” Gibson told his colleagues, who approved the amnesty program on a 46-to-43 vote.

The state Board of Equalization,which collects taxes, estimated that 66% rate of non-payment of taxes based on the experience of other states, including Colorado, officials said.

Last year’s approval of a state regulatory system requiring pot shops to get state licenses may be enough to persuade businesses “that previously operated underground” to “comply with state tax and regulatory laws,” David J. Gau, executive director of the board, wrote to lawmakers.

“Due to the lack of legal framework and access to basic banking, paying taxes has been extremely challenging for our medical cannabis industry,” Bradley said. “The tax amnesty program proposed in Assembly member Gipson’s bill will help existing medical cannabis operators more easily transition from operating in an unregulated, gray market to a regulated one.”

Brown was also sent a bill that allows state licenses to be issue to 135 of dispensaries authorized in Los Angeles when voters approved Measure D in 2013.

State law requires those applying for state licenses to have a license from the city, but the L.A. ballot measure did not provide a city license so special eligibility was needed through legislation, according to Assemblyman Reggie Jones Sawyer (D-Los Angeles).